Bartons 854 was purchased on June 2nd 2010, and 2 years and 4 months later it is finally restored. On Saturday October 13th 2012 there was only 3 things that required doing, and that was, 1 finish the decals, 2 fit the re trimmed seats, and 3 take it for its M.O.T. Items ! & 2 are not ready, but the bus is ready for its M.O.T.
The bus was booked in at the test centre for mid-day at Kirkby in Ashfield though the bus had not been on the road for 27 years we did not know whether it would make it there as the only time Dave had drove it was on the farm so we had to take pot luck that it would get us there. 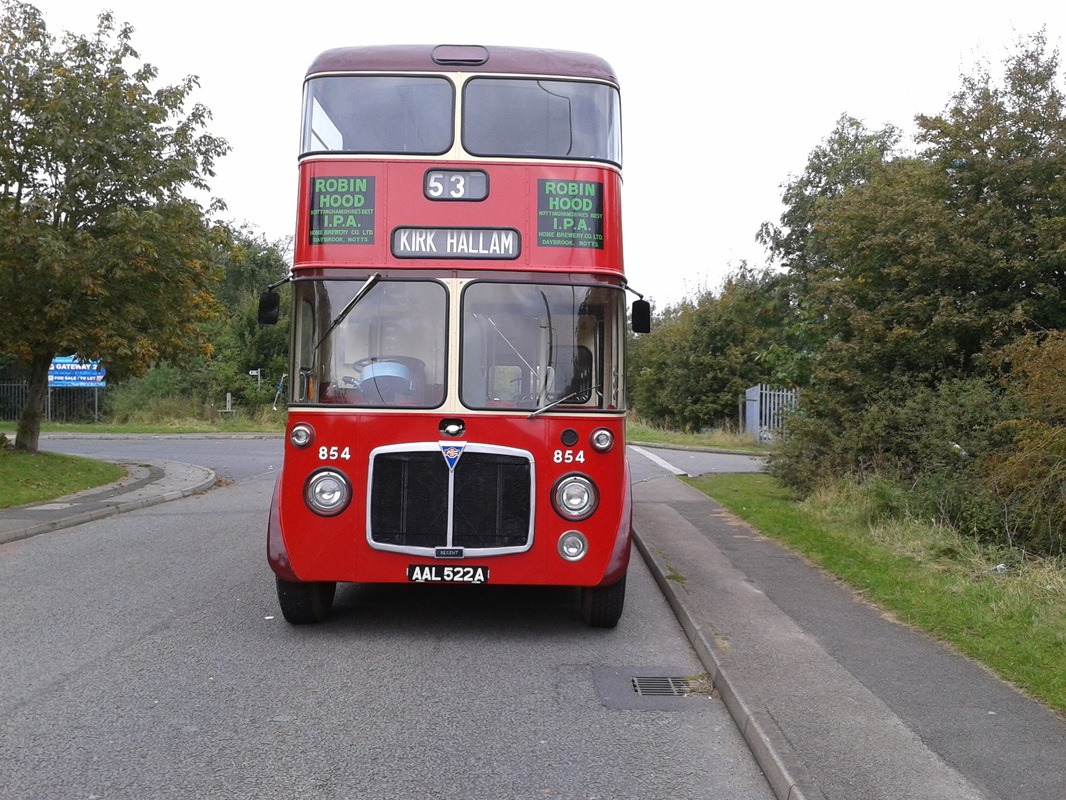 The bus looks splendid away from the farm all pretty in its best suit. 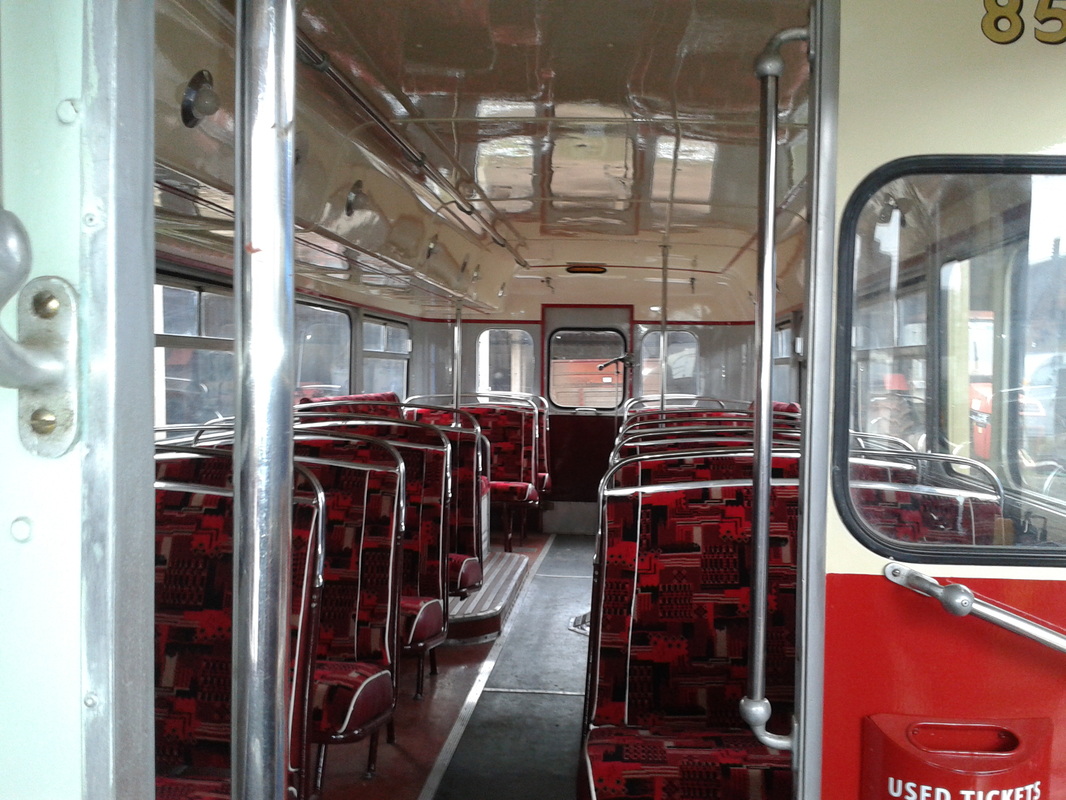 Nice and clean inside to impress the man testing the bus. 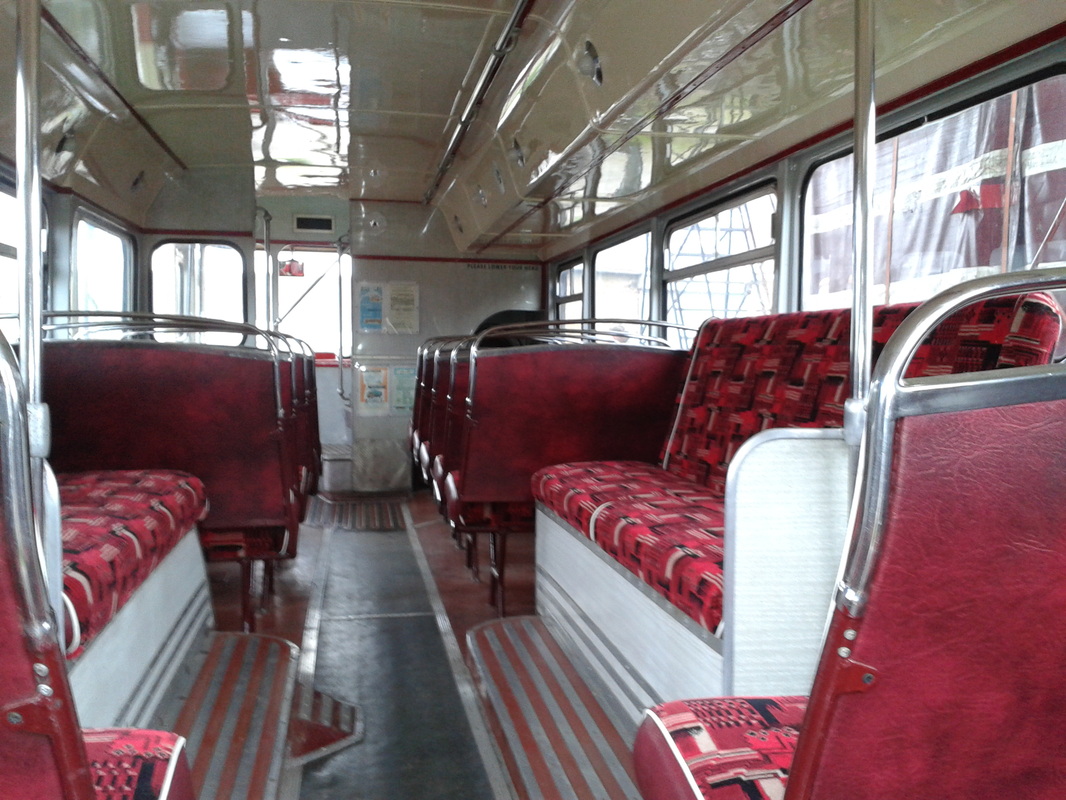 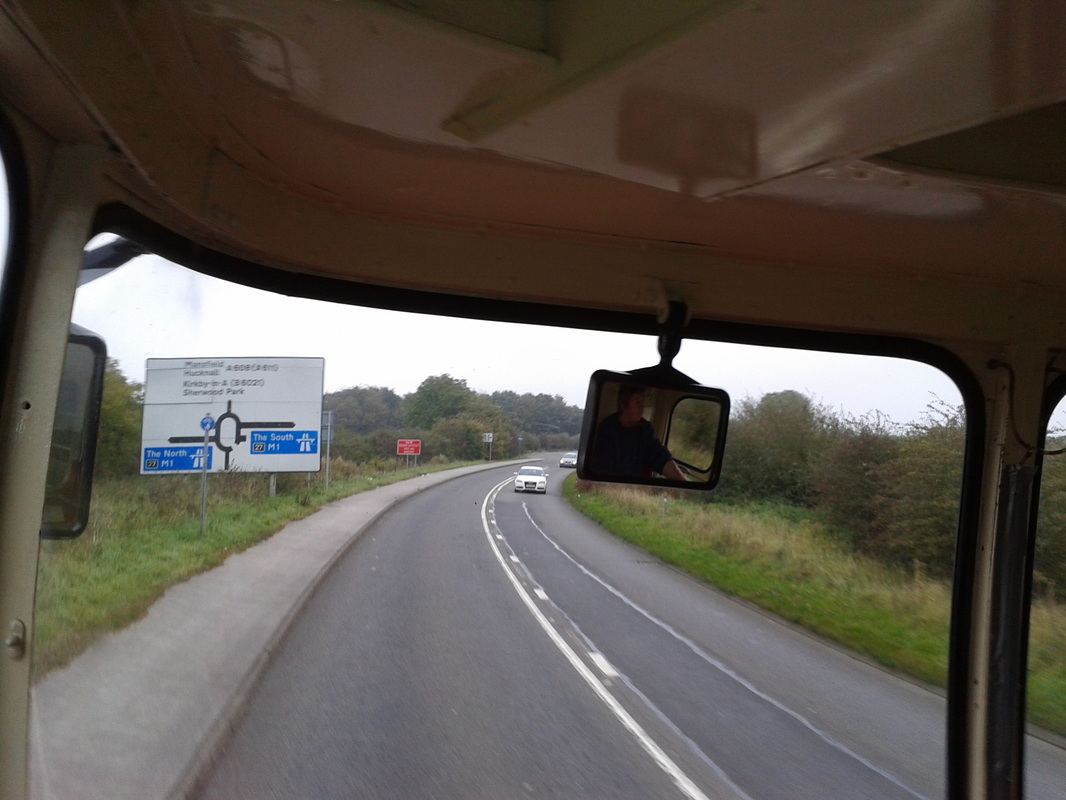 Nice view of the road. 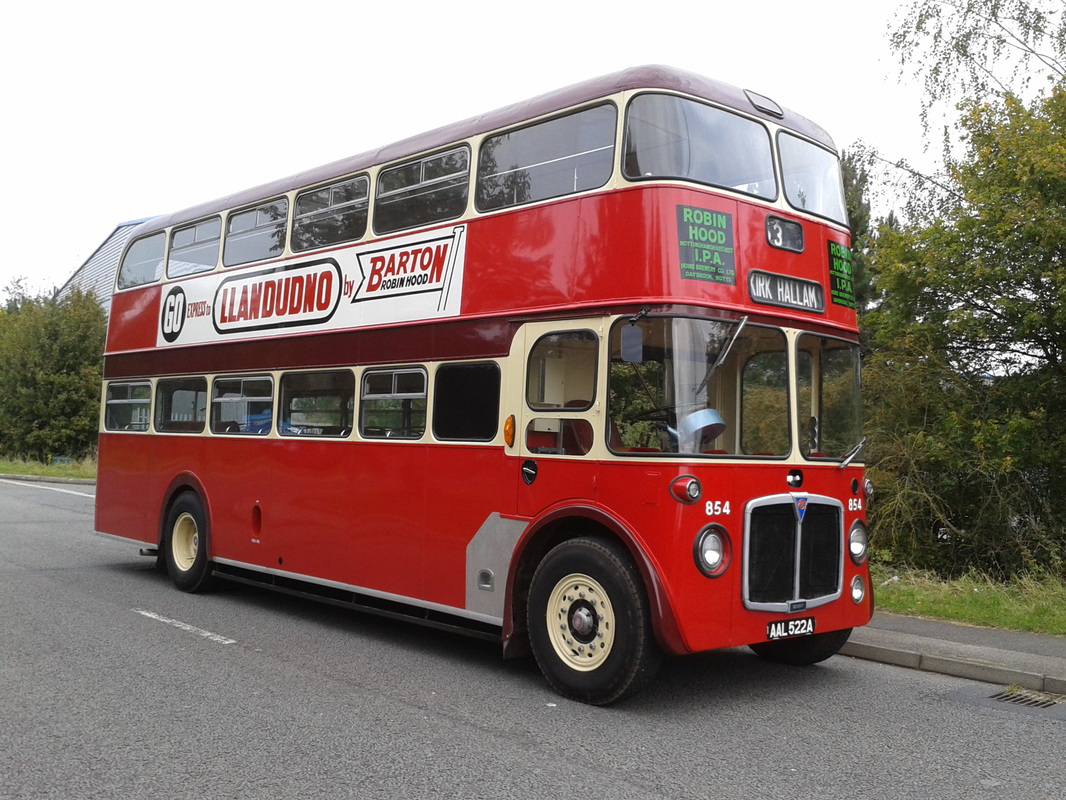 A bit of a pose before the test. 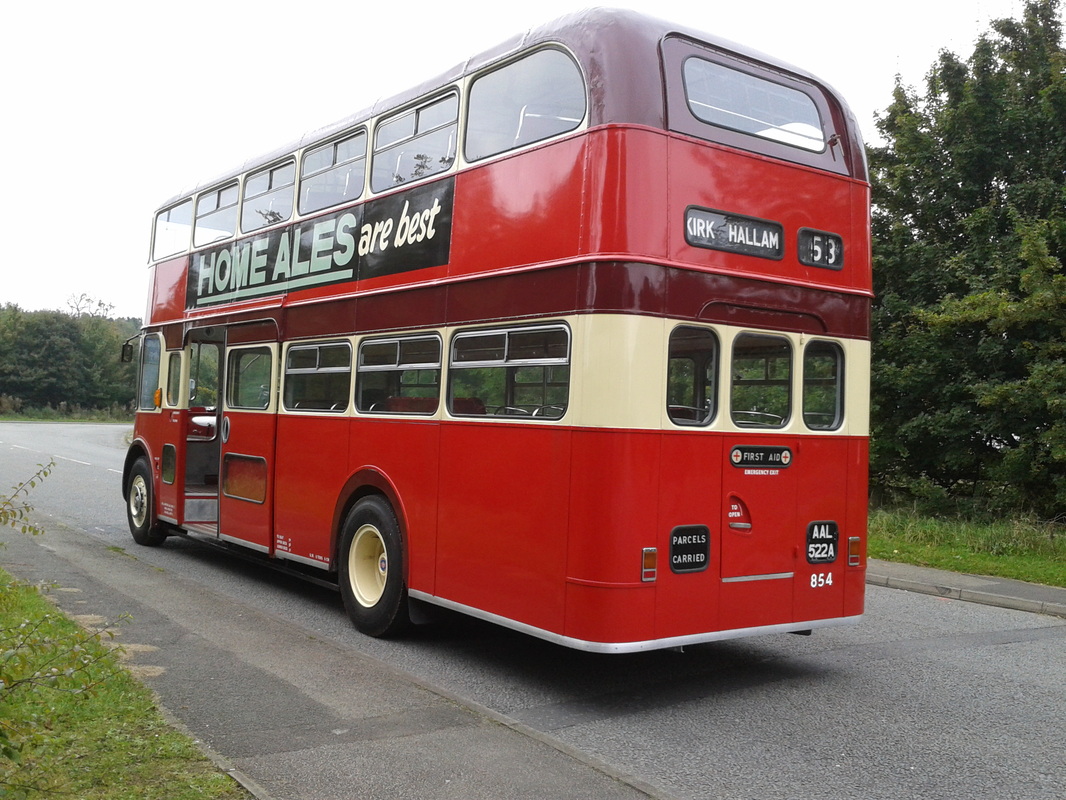 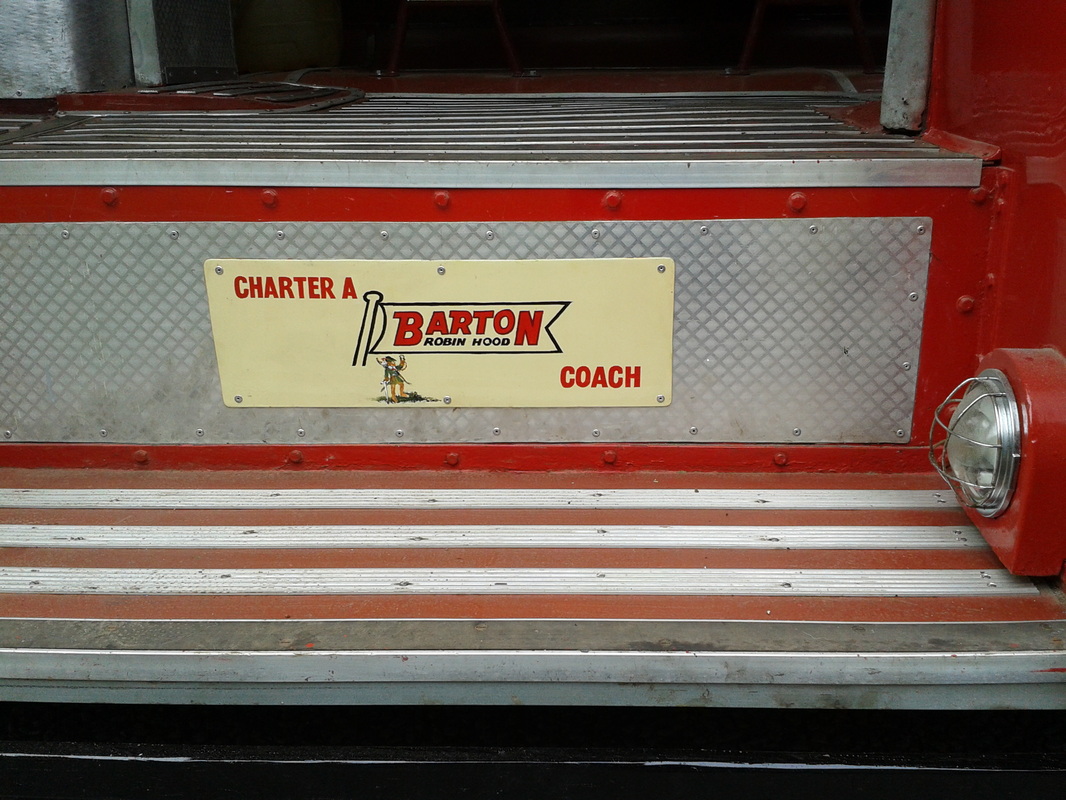 First image of a clean step. 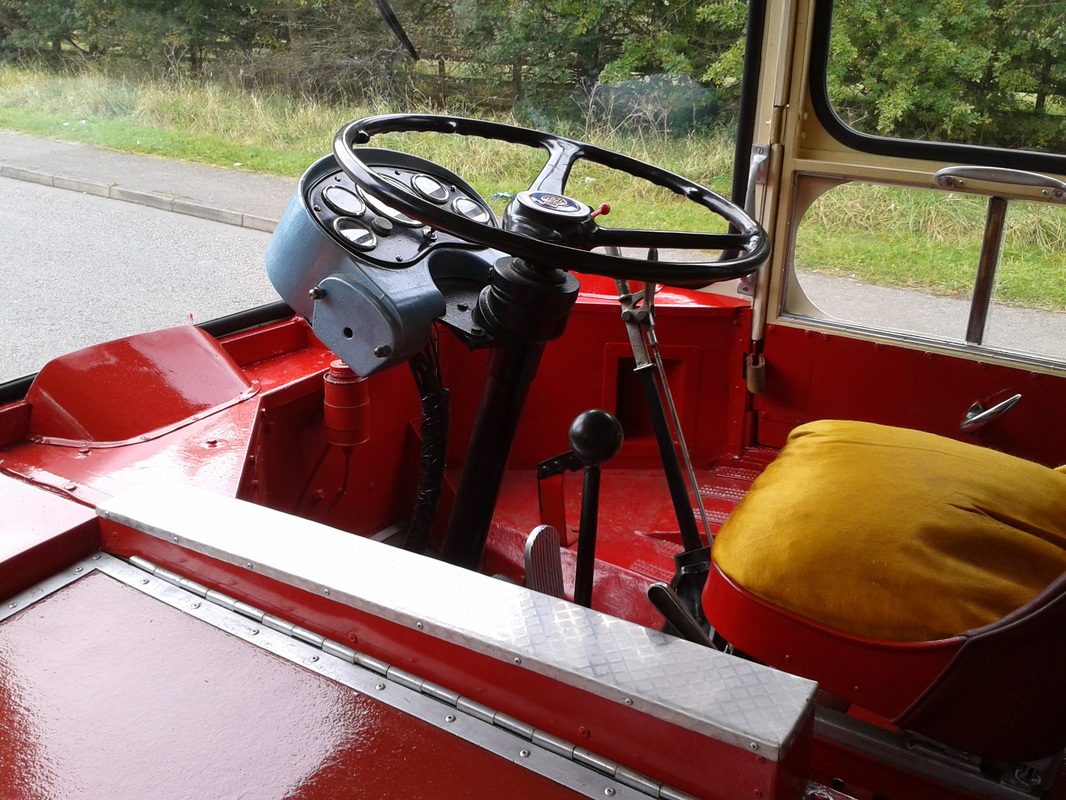 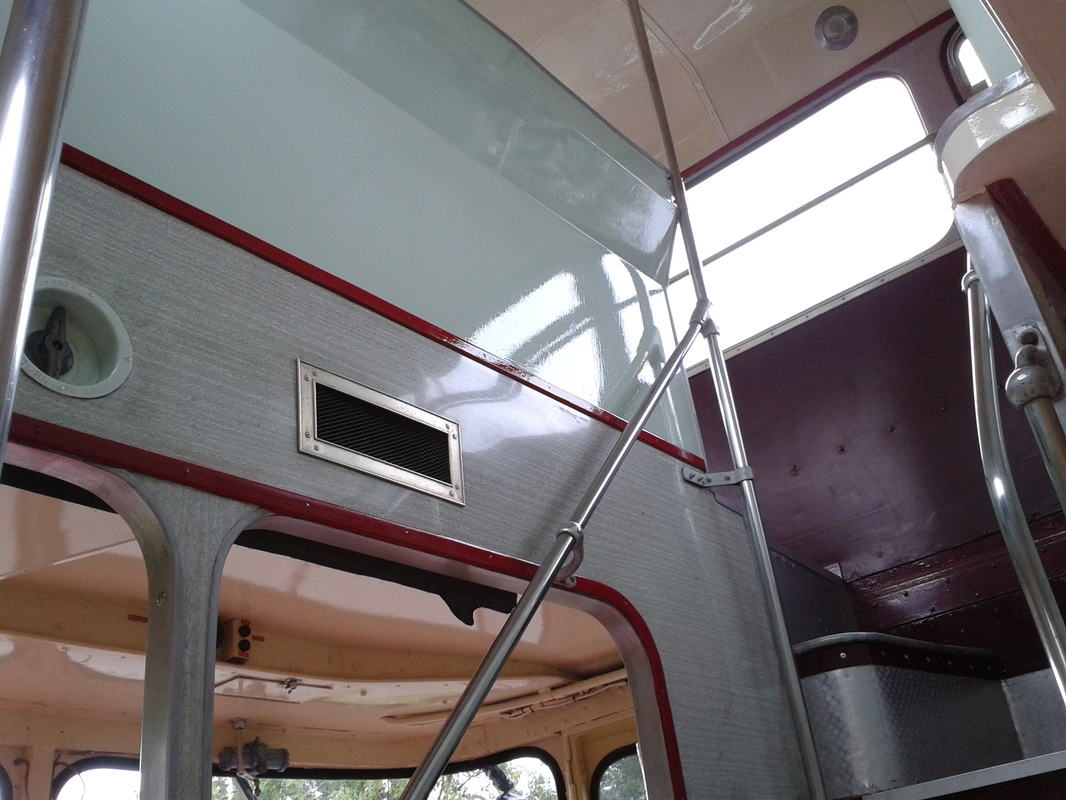 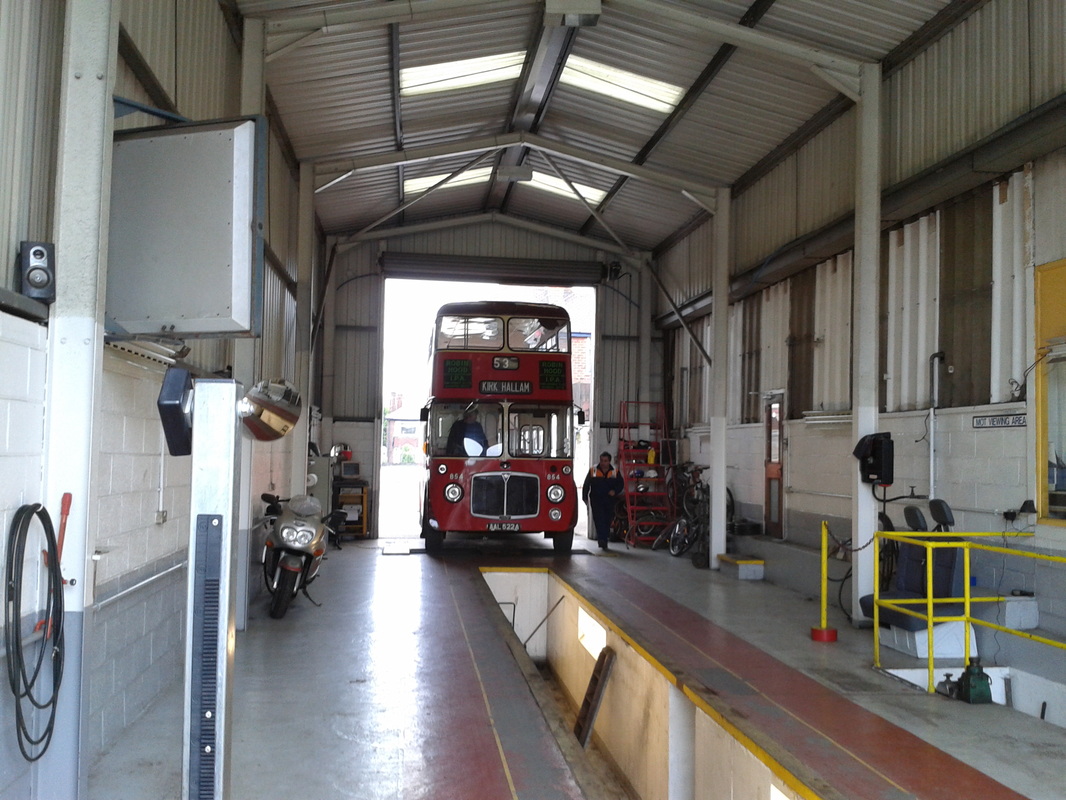 On the brake tester. 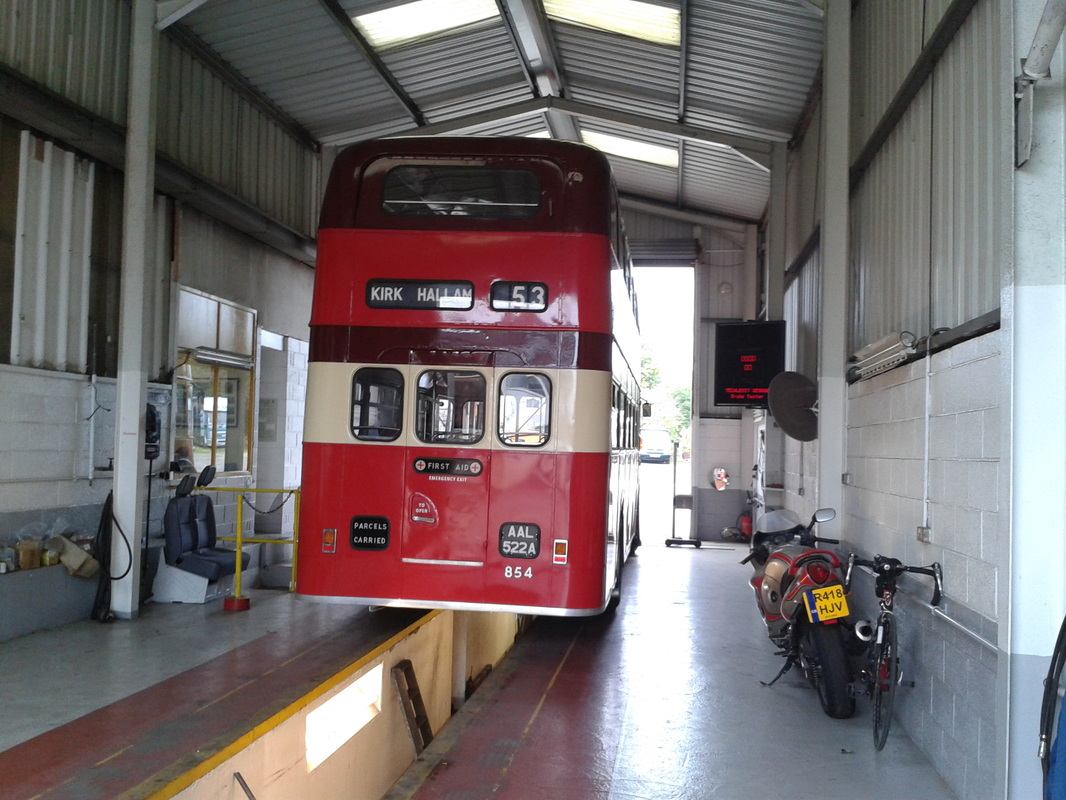 Off the brake tester. 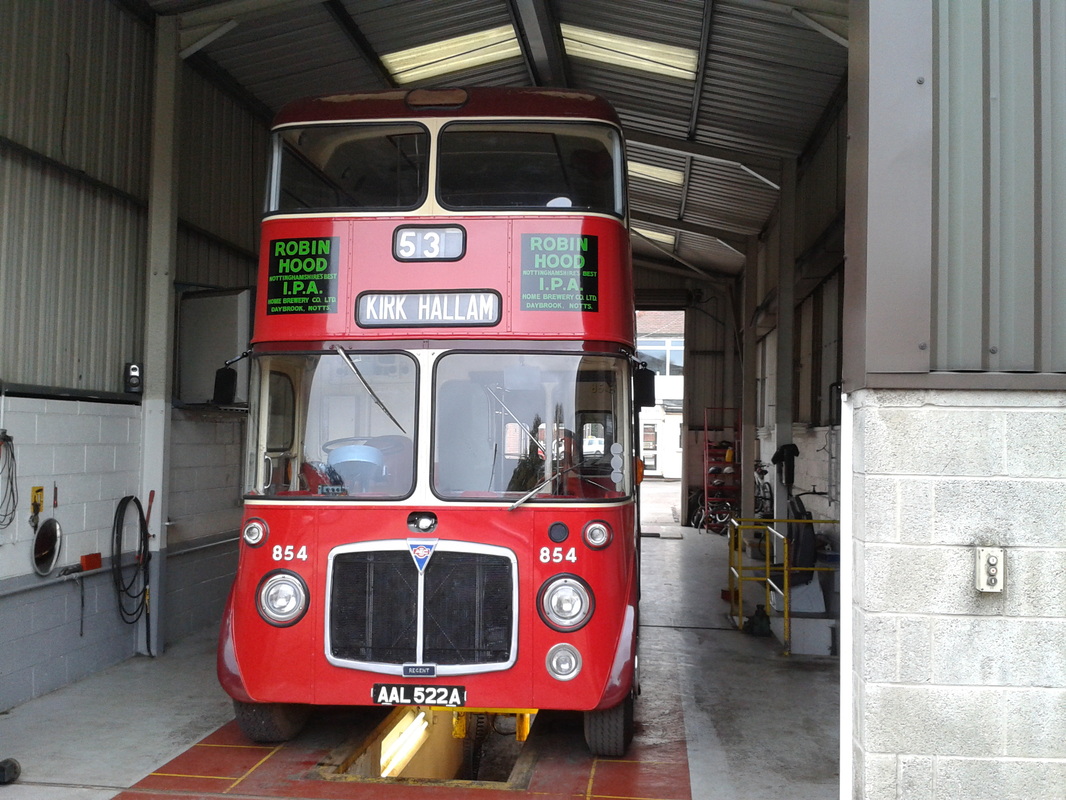 And guess what?
854 PASSED ITS M.O.T at it first time of trying, it will be at Ruddington tomorrow.
Updated on October 13th 2012.
After yesterdays exiting M.O.T. Dave took 854 to the rally at Ruddington and as expected it became the star of the show, it was nostalgic for 854 because many years ago it was kept there. 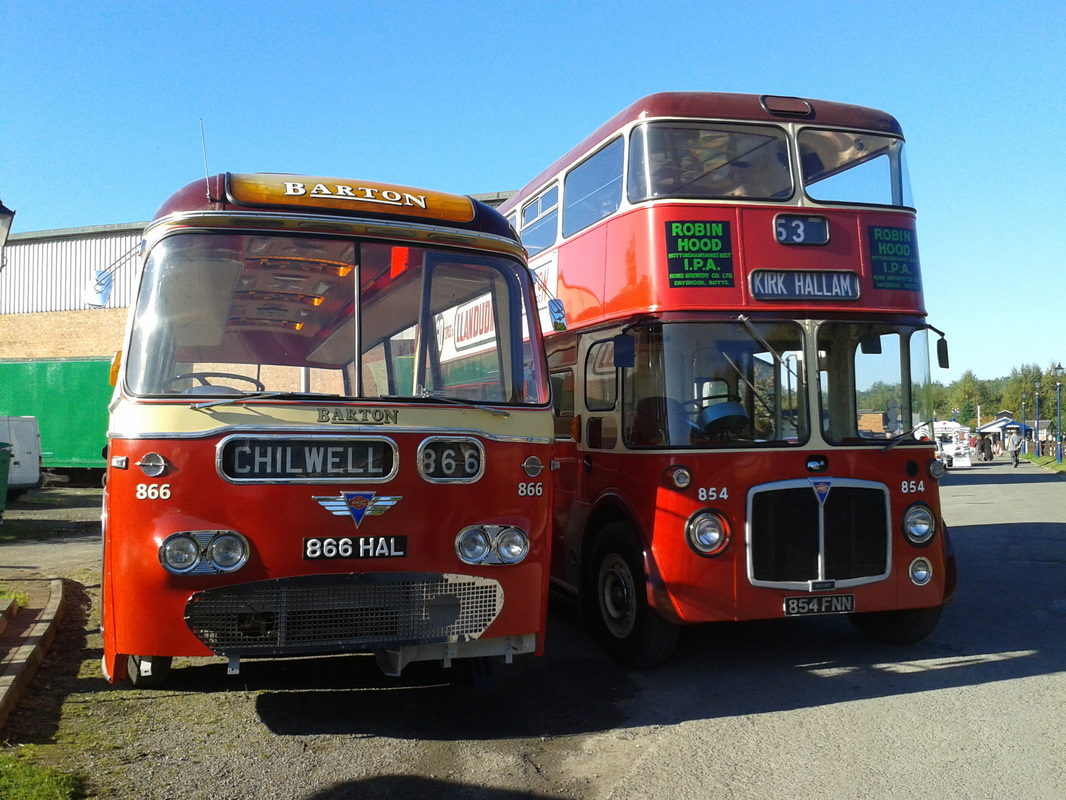 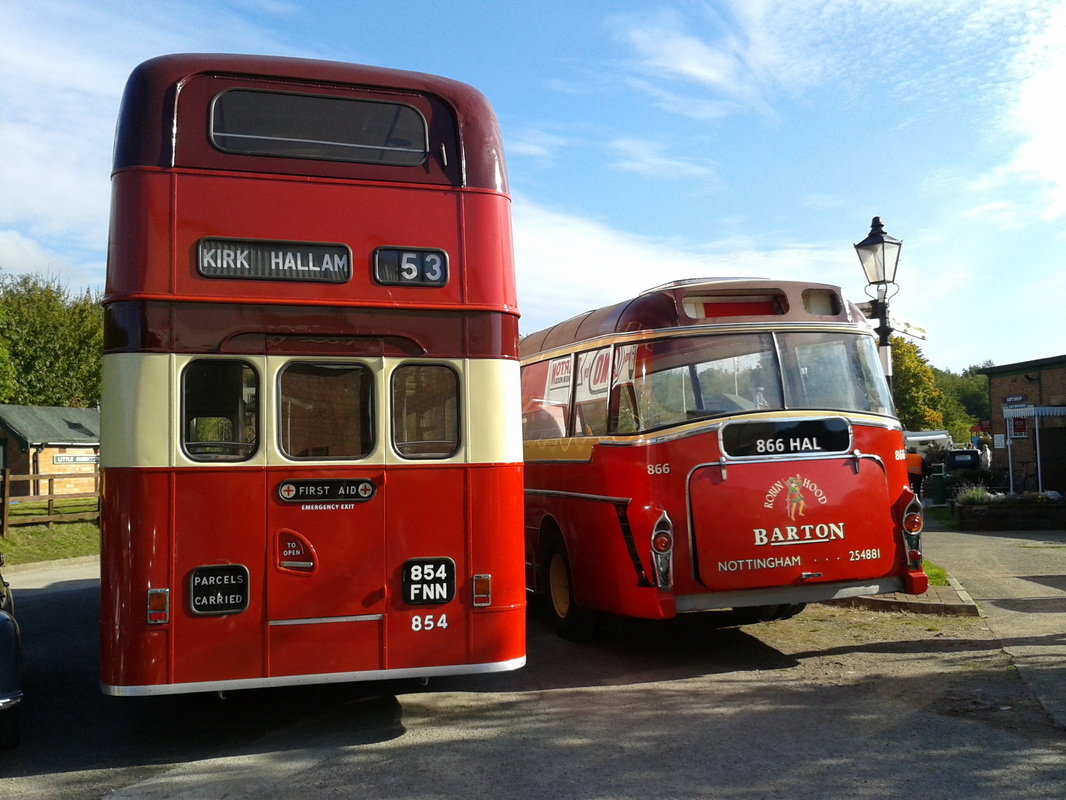 Back end of buses look as good as the front.
The rest of the show at Ruddington is on the page covering this event. Though 854 is on the road it is not the end of this page has there is still some jobs to do so carry on viewing it.


Updated on 14th October 2012.
On the lower saloon we have reproduced a few period Bartons adverts to add a 1960s touch. 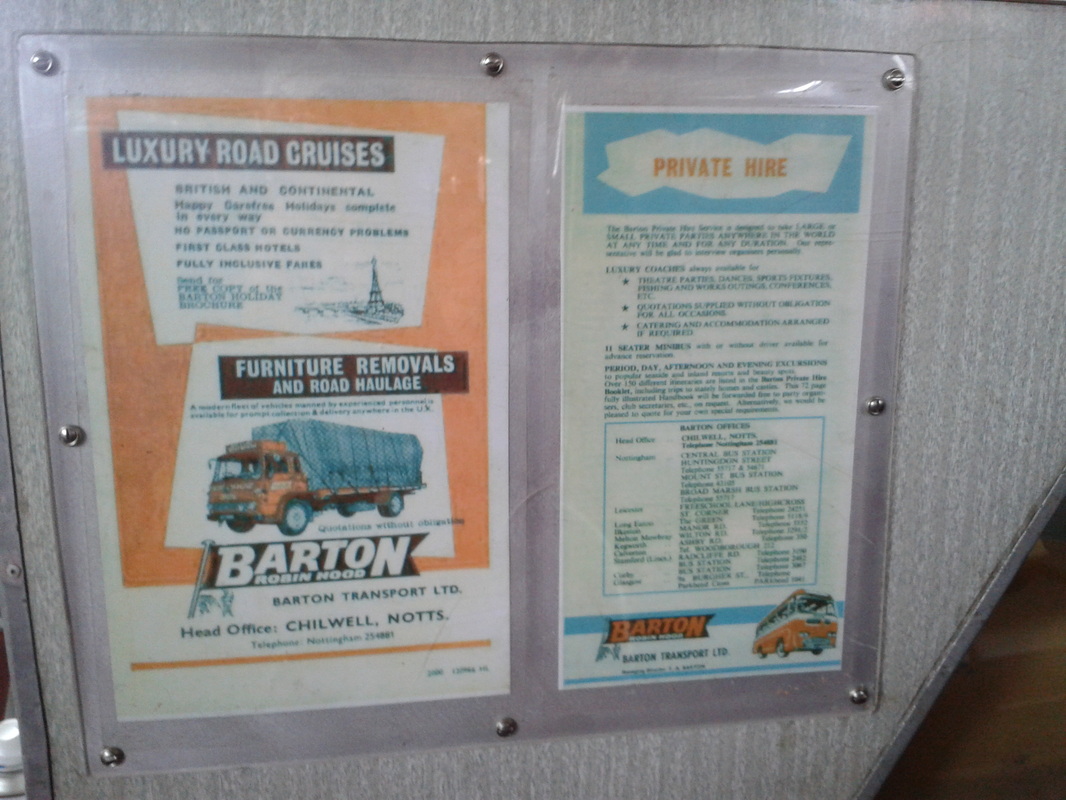 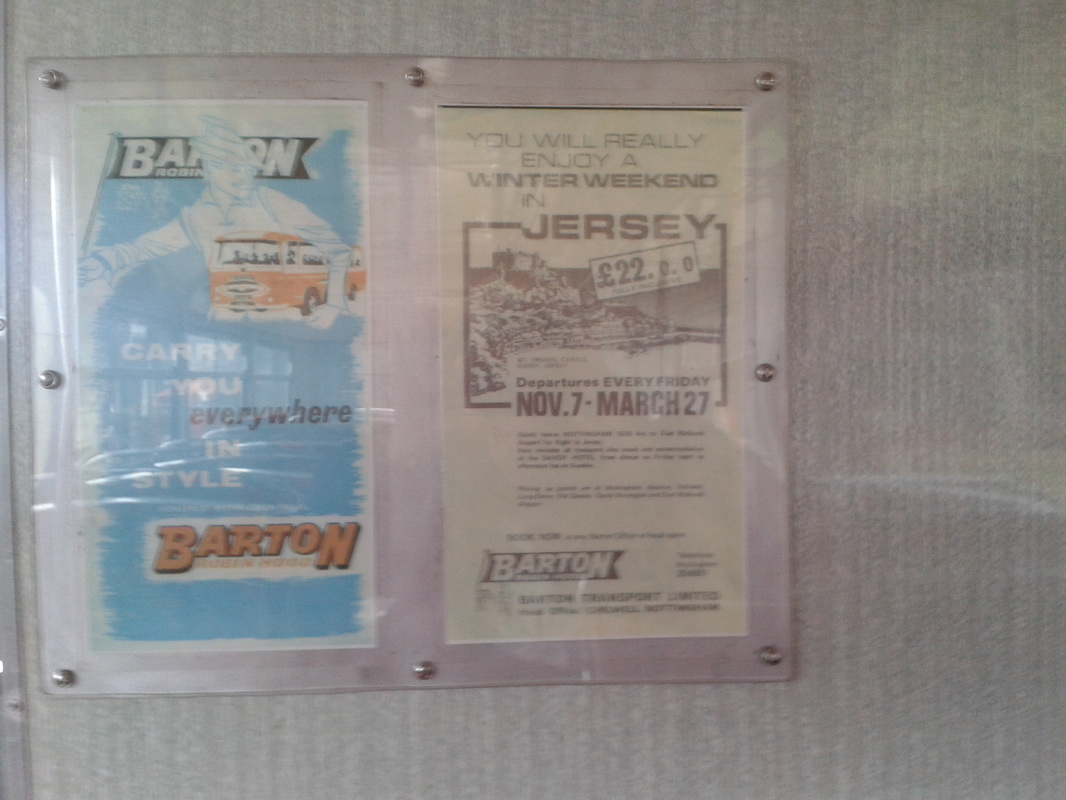 We will try to add any period touch to the bus if it becomes available. On November 4th it is the end of season rally at Lincoln Transport Museum, 854 will be there and it is hoped that it  will be used on the free bus service that operates from the museum on the day.


Tuesday 6th November 2012.
Prior to Dave taking the bus to Lincoln it was time to put the finishing touch to the restoration by fitting the newly made decals, but when we came to stick them on we found that they where not right and were of no use, but to go to Lincoln we had got an old front decal so it went with one Barton decal fitted to the front as shown on the photo below. 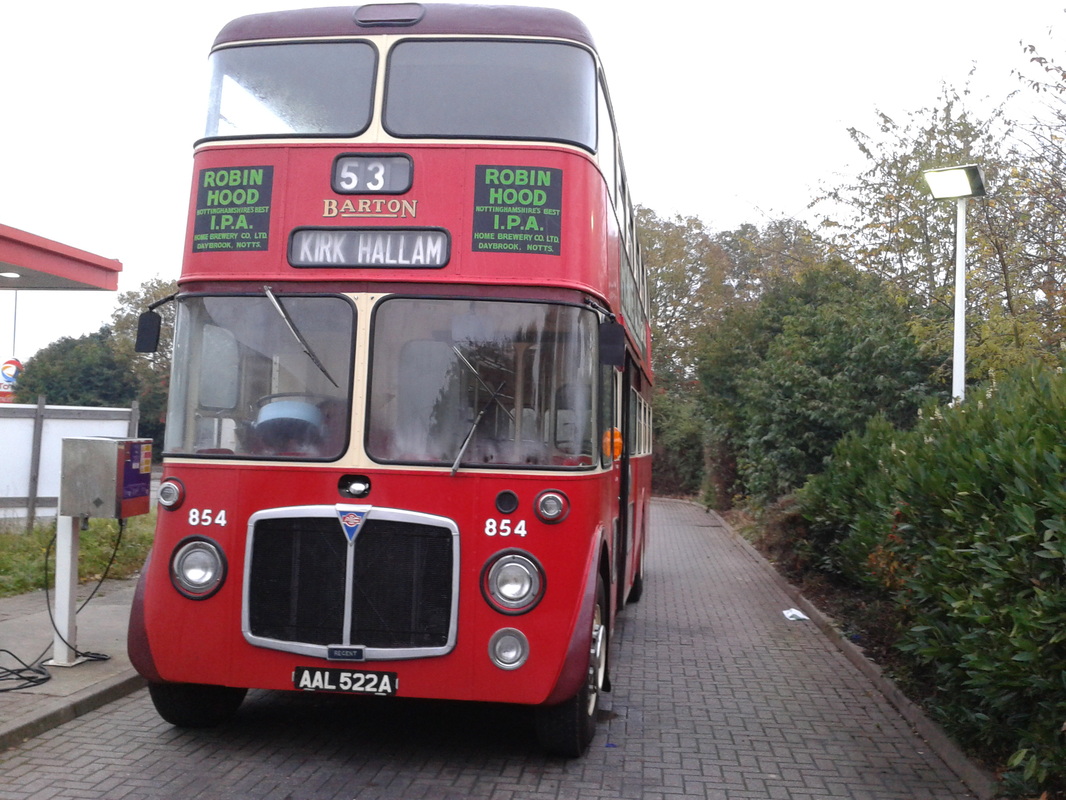 Friday November 30th 2012
The decals have not been made as yet so we can't put the finishing touches yet to the bus.
Looking at back issues of Buses Illustrated I found a bit of trivial information about 854, in the August 1964 issue it was reported that the Cave-Brown-Cave equipment had been removed


Saturday 23rd February 2013.
During a routine out of season check up on 854 it was found that the radiator had a leak and Dave put his brain into gear and repaired it (he hopes), pics below. 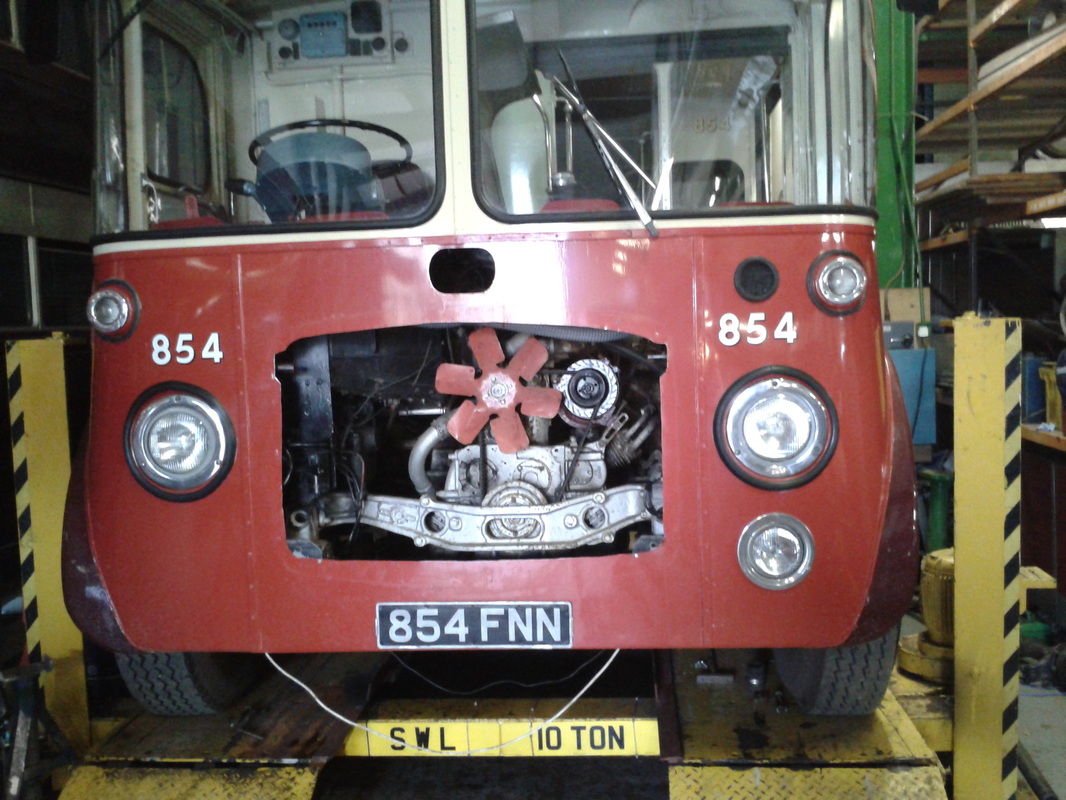 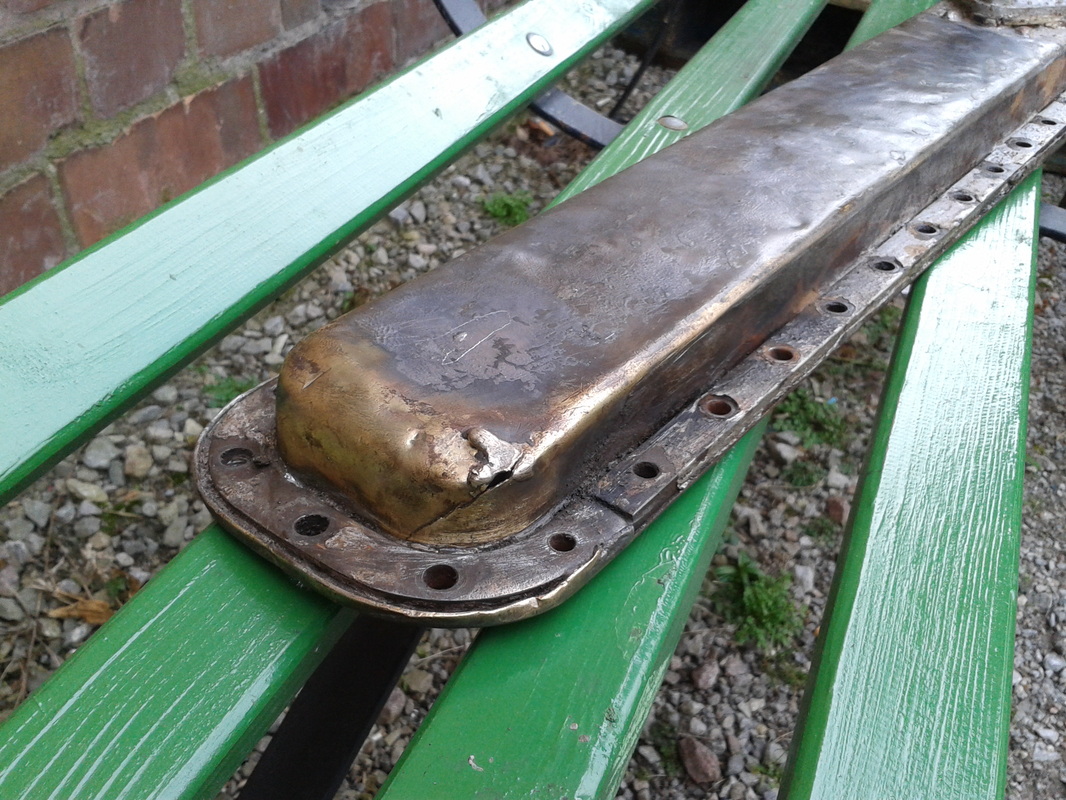 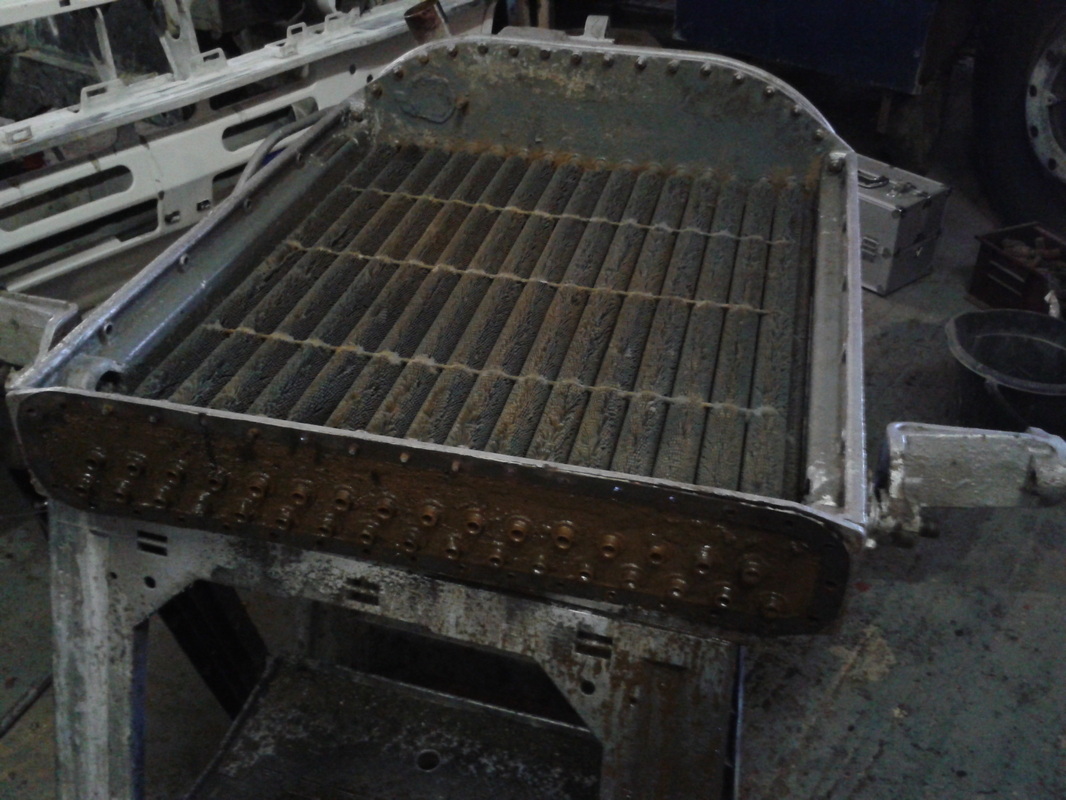 Saturday 2nd March 2013.
The bottom part of the radiator has been dismantled and sent off to be repaired. 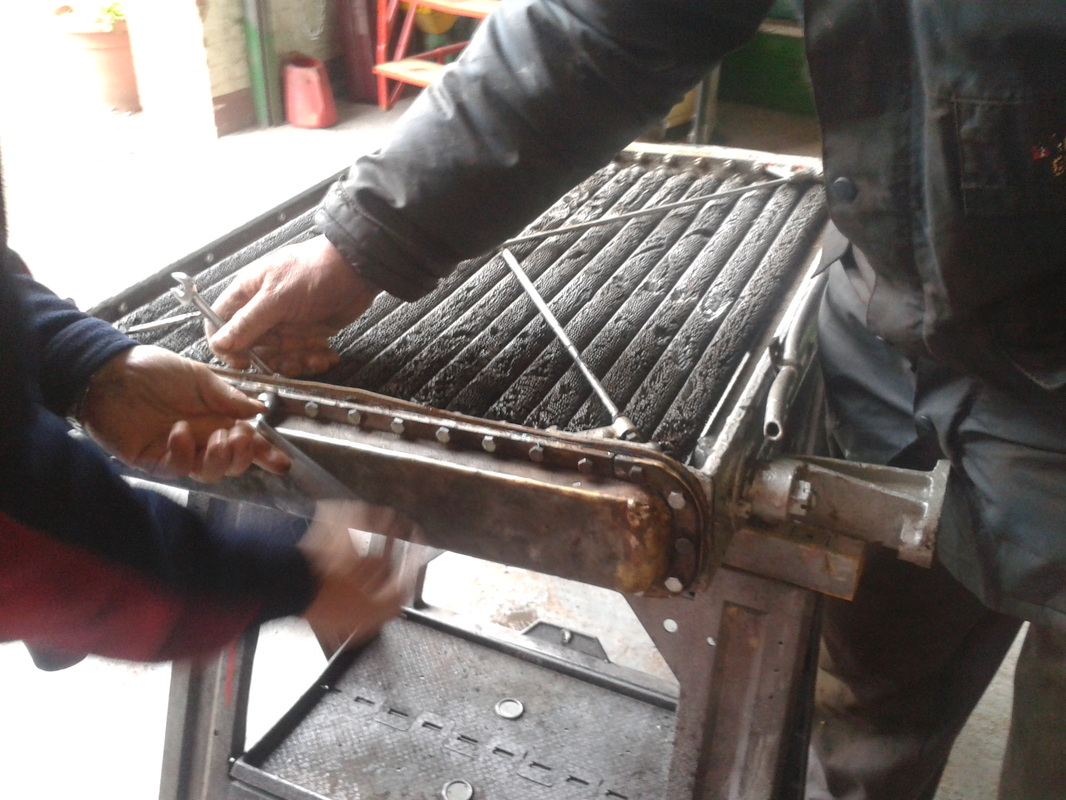 Too many hands may spoil the radiator! 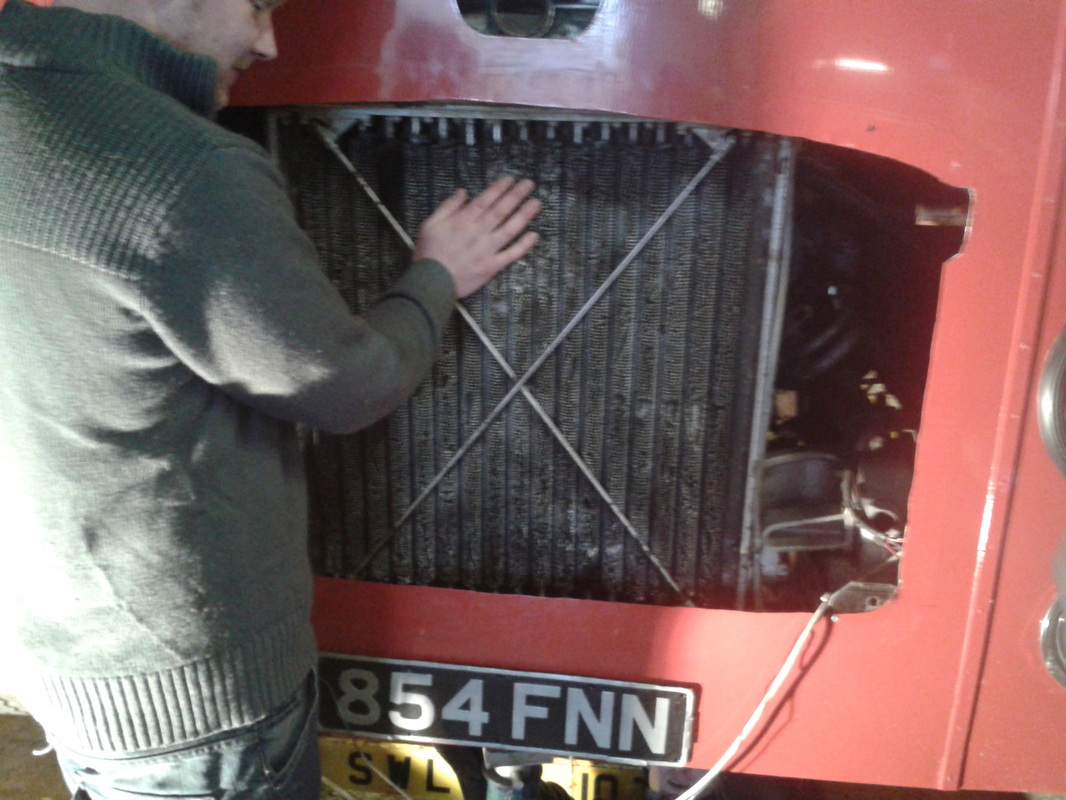 The rads back in situ. but does it not now leak? 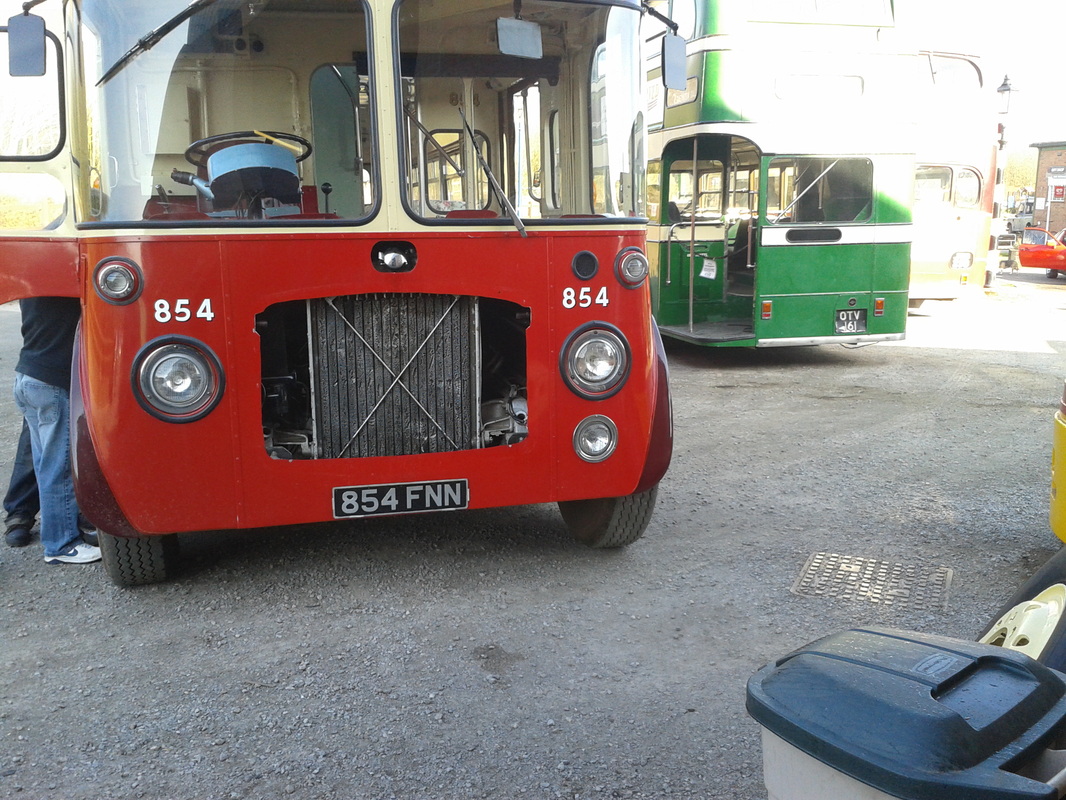 Well done is not leaking.