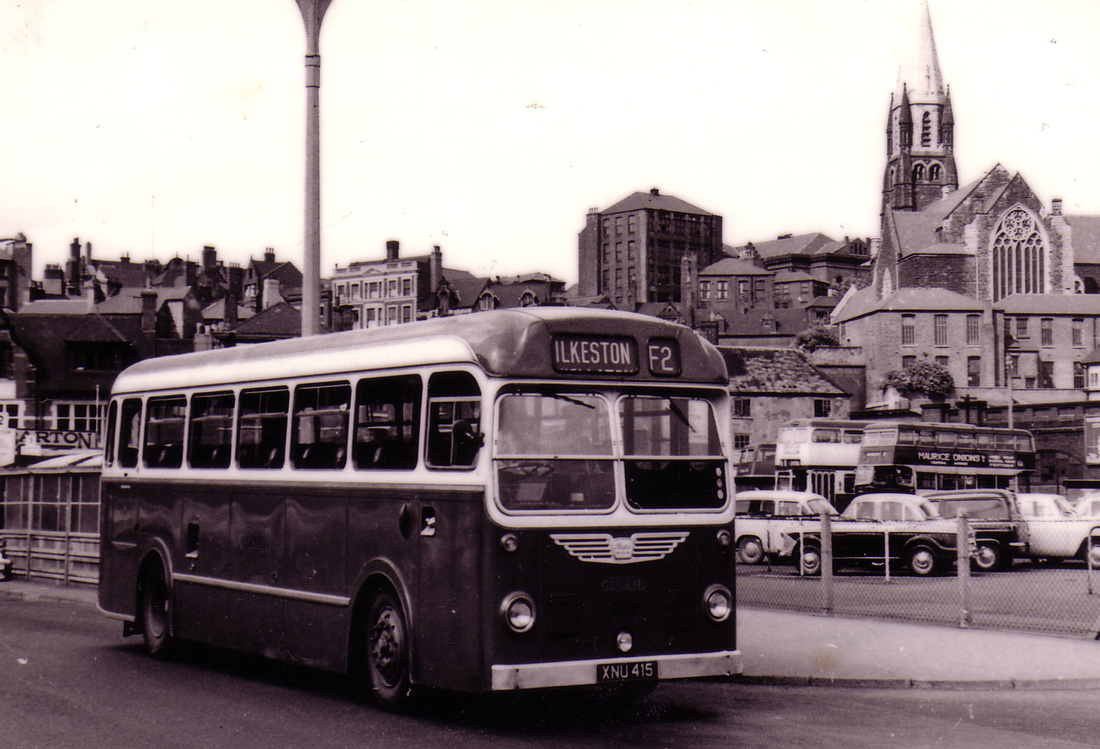 A Bristol LS at Broad Marsh bus station about to leave for Ilkeston on the F2 route.